The Political Economy of Assassinations

Assassinations of politicians are prevalent in many developing countries. This study argues that corruption is a causal determinant of political assassinations. Corruption increases assassinations for two key reasons: (1) politicians use assassinations as a way of enforcing their corrupt agreements with other politicians, and (2) corrupt politicians kill other politicians who may subject them to prosecution by engaging in whistleblowing. To test this argument, I develop a novel dataset on political assassinations in Brazil. More specifically, I identify the universe of all assassinated municipal politicians by linking data on over 10 million homicides over the past two decades to a registry of all political candidates. Using these data, I exploit randomized anti-corruption audits, which have been shown to reduce subsequent corruption in audited municipalities. Consistent with the theory, I find that politicians are less likely to be assassinated in audited municipalities, and these effects are amplified when larger government revenues render it more worthwhile to engage in this form of costly punishment. These findings suggest that beyond various other consequences, corruption may foster political violence, with important consequences for democracy and development. 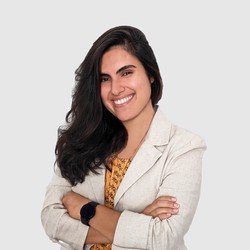